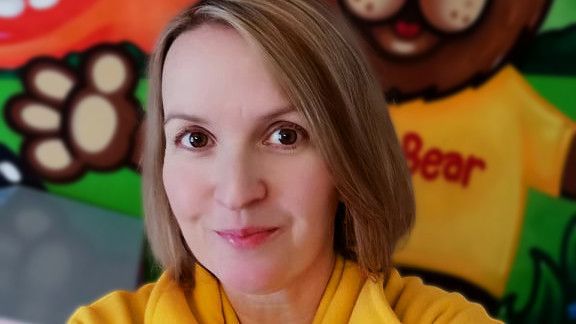 Janine Lewis has recently joined the team at Sandy Bear Children’s Bereavement Charity as a new Assistant Bereavement Practitioner. Janine has joined at vital time to help with the increased demand and expansion of the charity. Janine will be working directly with children, young people and their families who are suffering the bereavement of a loved one, particularly those aged 0-5 years.

Prior to her new role, Janine was a Community Nursery Nurse within the Hywel Dda Health Board. Janine supported children and families with any issues which they had – particularly around developmental issues, emotional health and wellbeing, behaviour and parenting. She also has lots of experience of working with children with additional learning needs as well as working with bereaved children, young people and families. This experience helped her within her previous volunteering and trustee role at Sandy Bear which began in 2006.

The role of Assistant Bereavement Practitioner has been newly created following a successful funding application to The National Lottery Community Fund upon completion of the Sandy Cubs Pilot in 2021. Sandy Bear have received £100,000 to use over three years, for staff resources, to be able to deliver the new service for children 5 years and under and to continue the expansion of the current support for children ages 6-11 years old.

Janine says “I am extremely happy to have joined Sandy Bear Children’s Bereavement Charity. I have worked with children, young people and families for the majority of my career. I am really excited to be able to continue to support children and young people through their bereavement journeys after doing it for a very long time as part of my volunteer role.”

Anita and Karen, Clinical Leads, say “We are thrilled to have appointed Janine within this position. She has supported us for several years through helping us set up as a charity and to pilot the Sandy Cubs Support Group. She will be a valued member to our team. We would also like to thank The National Lottery Community Fund, and the players of The National Lottery, who have funded this post so that we can support the increasing demand for children’s bereavement support in Pembrokeshire.”

Robert Roffe, Head of the Mid and West Wales region at The National Lottery Community Fund, says “We are proud to support Sandy Bear to expand its service and help more children, young people and their families in Pembrokeshire. National Lottery players raise over £30 million for good causes each week across the UK. Projects like this show how much of a difference that money makes to support people and communities to thrive.” 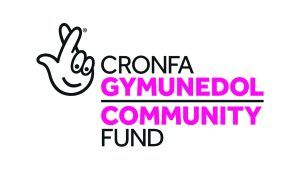