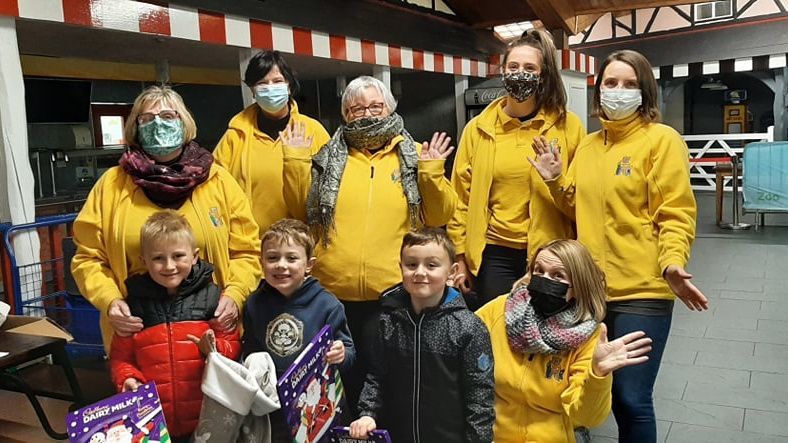 Sandy Bear Children’s Bereavement Charity held their Christmas event at Folly Farm Adventure Park and Zoo on Sunday 5th December. The children and their families saw the animals, visited Santa in his grotto and were given a stocking filled with goodies and an advent calendar.

The funding for this event came from the Millennium Stadium Charitable Trust which was rolled over due to the pandemic putting a stop to the event last year. The charity is so grateful that such funds exist to allow the children and their families to enjoy days out together after suffering a bereavement.

The staff and volunteers of Sandy Bear would like to say a huge thank you to the Millennium Stadium Charitable trust as well as a big thank you to:

Folly Farm who accommodated the event.

To the generous donor of the stockings for the children.

To the Country Living Group for the donation of the advent calendars.

To Ysgol Harri Tudur for helping to fill the stockings with goodies for the children.

Pictured are the children form the first Sandy Cubs group along with staff and volunteers of Sandy Bear Children’s Bereavement Charity.