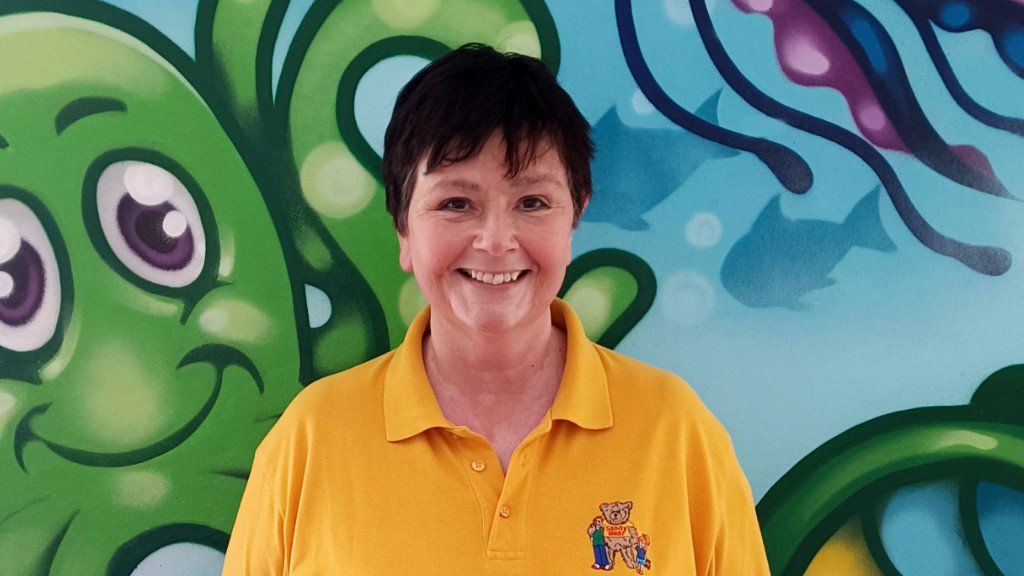 Lee became a volunteer for Sandy Bear following a recruitment drive when the charity moved to its new home in Milford Haven and completed her initial training in 2020 before the pandemic struck. Lee’s new volunteer venture was put on hold until summer 2021.

Lee, an experienced, retired secondary school teacher, talks openly about why she became a volunteer at Sandy Bear.

“My first connection with Sandy Bear Children’s Bereavement Charity came when one of my daughters was previously supported by the service following the death of my niece. The invaluable support left a lasting impression on me which was then reinforced through my career in education. I came across many children who needed the support from the charity who had suffered a bereavement and I was one of the people who had to refer pupils.”

Lee suffered an illness at the end of her career and after a while, she wanted to be able to help the charity which had helped both her and her daughter.

“During my training, I was impressed by the emphasis the was placed on all volunteers taking part in the activities that the children and families undertake during the group sessions. We have to speak openly about our own bereavement experiences which for me still, is still an important part of my grief process as it allows me to talk about how I am feeling.”

Lee has been able to develop within her volunteer role and has received training to work within the parents/carers support groups as well as being able to observe one-to-one appointments, contacting families by phone, analysing evaluation data as well as keeping the garden at Sandy Bear House beautiful and tidy for the children to use in the warmer months.

“I am privileged to see first-hand the impact that Sandy Bear has in helping children and their families to cope with their grief. Whilst I’ll continue to offer my support where I can, I receive a great deal in return. Anita and Karen, the co-founders, are such an inspiration and becoming a member of the Sandy Bear family has had a huge positive impact on my own mental wellbeing and I feel truly humbled to work with the children and families.”